Enjoy the festivities everyone. More updates next year.

In the meantime, some more photos from Merzouga. 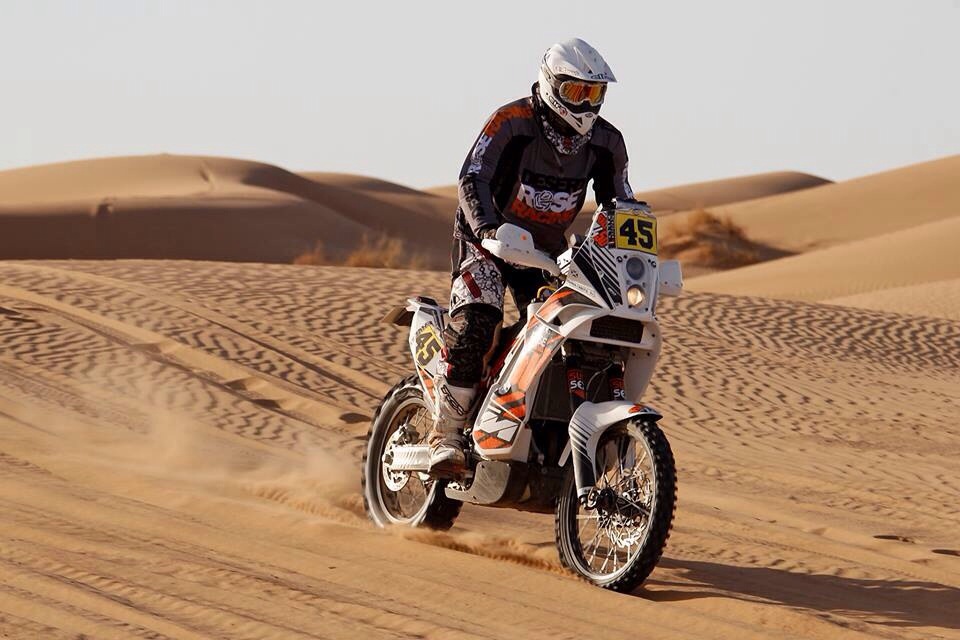 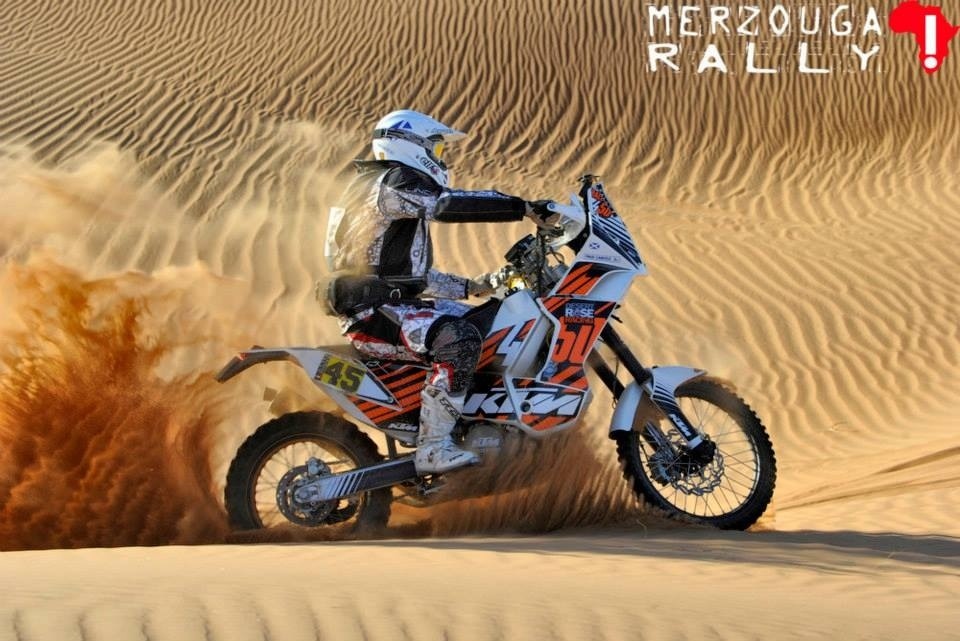 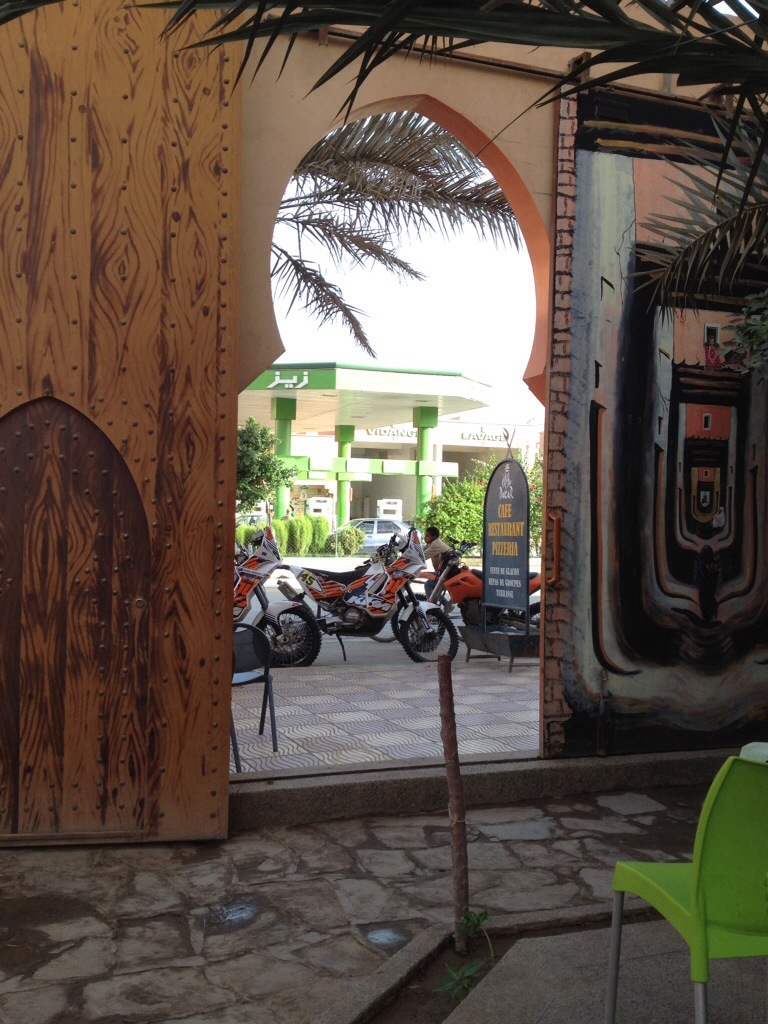 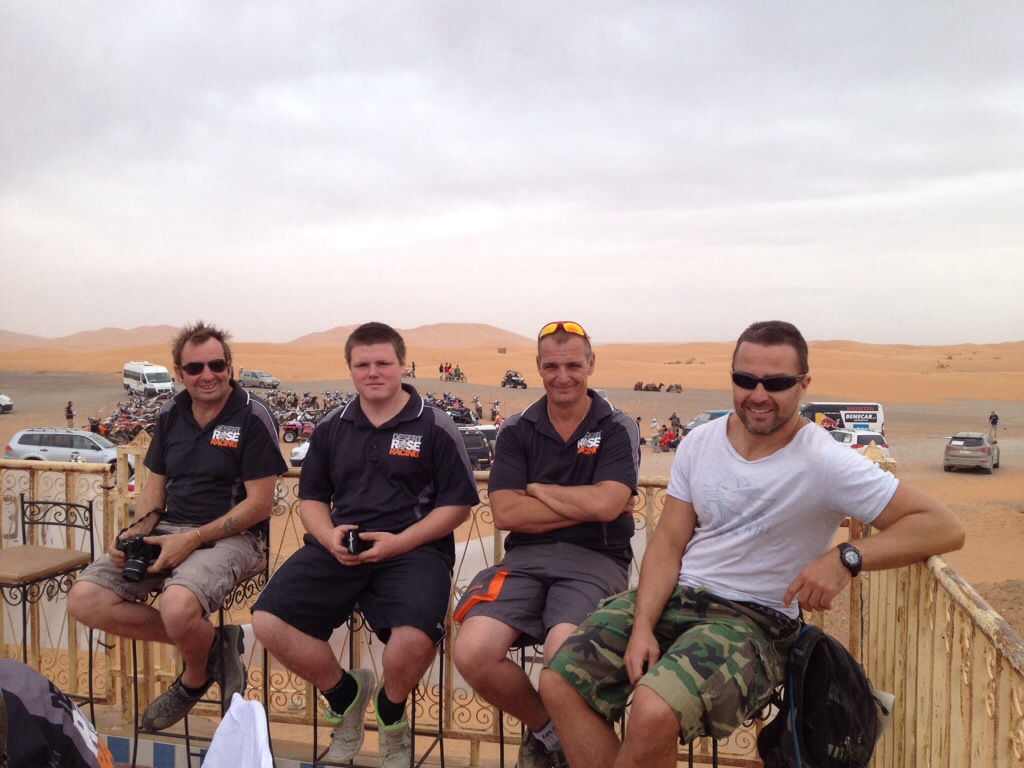 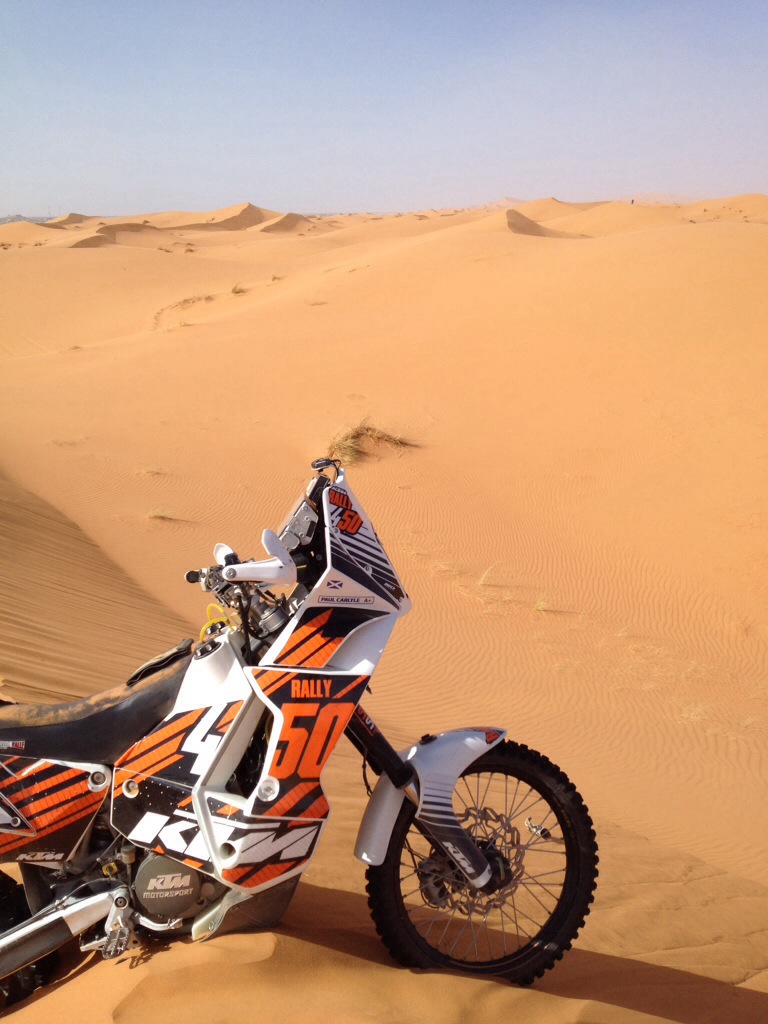 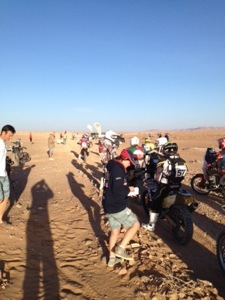 The start of stage 4

I go into tomorrow’s final dune stage with so many time penalties that I’ll effectively have been riding for longer than I’ve been in Morocco.

Problems started on Thursday morning as I started the bike to head into the liaison for a two day marathon stage. This is an old fashioned two day stage with a bivouac in the dunes and no assistance allowed. Even the riders only had 15 minutes to work on their bike at the end of the day.

The starter motor made a funny squeal as I started up in the morning which did not bode well for a stage with over 100km of dunes to cross finishing up with 50km in the big dunes of Erg Chebbi. True to form at about 1pm with only 30km to go I crested a dune, stalled the bike and the starter refused to work.

Without a kick start the day was over, and worse, the rally as well as even if I could get a tow back to the bivouac the marathon stage rules would mean I had no way of getting a replacement part, even if I could fit it.

After an hour waiting in the dunes letting everything cool down except me, I had called the organisers for rescue. I was chatting in bad French to the Moroccan dude who inevitably pitches up anywhere you stop. Saif I think his name was. At one point I prodded the starter speculatively and we were both shocked when the motor banged into life. 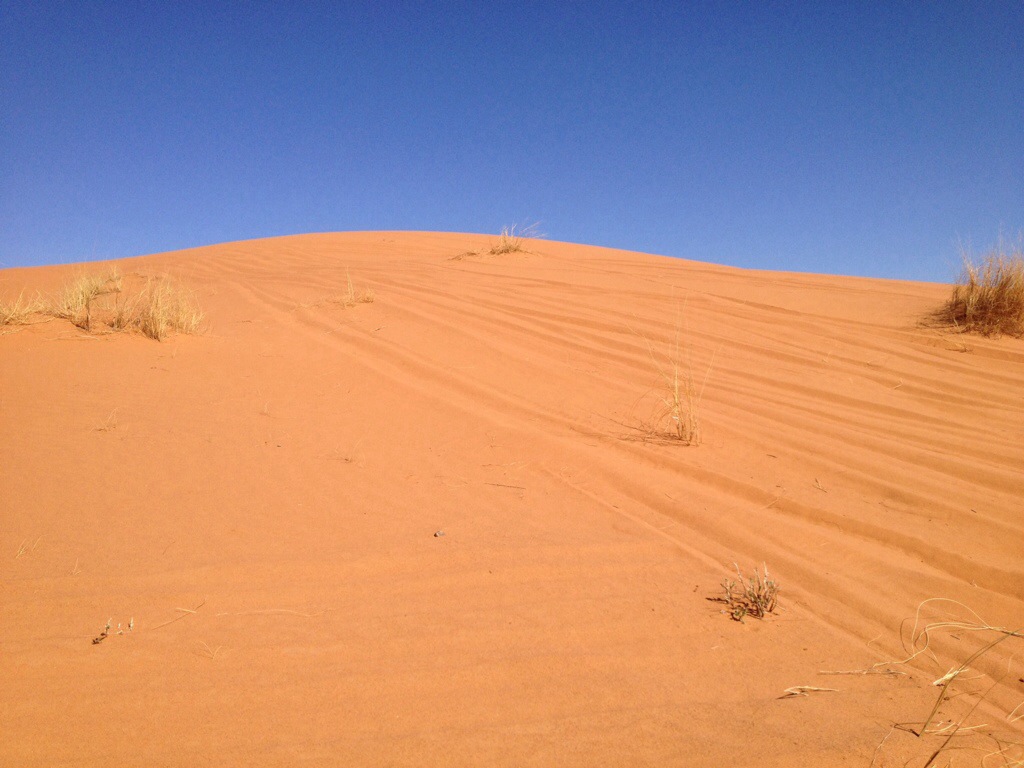 The view from sitting in the shade of my broken bike

So now I had to decide whether to bail out of the dunes directly (about 1 km) or try to ride the rest of the stage. I chose to get out as at least the organisers could recover me easily that way.

As it was, I managed to get the bike to the bivouac although I missed a lot of way points in the dunes. Today I rode direct to the paddock at the rally hotel and did not attempt the course. I expect a huge amount of penalties but the bike is fixed, I’m still in the Rally and racing tomorrow.

The marathon bivouac at the foot of Erg Chebbi

Tomorrow my 2010 Dakar team mates Tamsin Jones and Craig Bounds are attempting to beat the current world record for riding motorcycles up the side of Mount Everest. What a totally  nuts and wonderful thing to do.

Also tomorrow the GB entrants for Dakar 2012 are running a parade through London to Canary Wharf.

Best of luck to all of them…..

….. I need to get out from behind this desk.